Can hijab reduce violence against women?

Even after the spread of hijab in Bangladesh, rape is increasing

If you look at the photos of the students of Dhaka University, the largest and oldest university in the country located in Dhaka, the capital of Bangladesh, from the 1960s to the 90s, and if you look at the photos of the present day, then one thing will catch your eye clearly, that is the ‘Hijab’. What was once rarely seen in women’s clothing has become much more prevalent. In Muslim-majority Bangladesh, many religious leaders and social figures consider the hijab, a religious garment, to protect women. In many countries like Bangladesh, India, and Pakistan, many people think that women’s short dresses encourage men to abuse women, especially eve teasing and rape. They also preach them in various religious gatherings throughout the year. Furthermore, their campaign on social media is also very influential. Due to these, in the last 2/3 decades, the widespread practice of wearing a hijab among women has started in this country. But along with the religious guidance which is shown as a result of hijab – has the violence against women and rape decreased? Daily newspapers and various statistics do not say that. Rather, it can be seen that starting from a 6-month-old baby girl to a 90-year-old woman is not spared from the hands of the rapists. Therefore, even the wide spread of the hijab could not reduce the violence against women and rape in the society of this country.

Due to the era and environmental changes, there has been an evolution of clothing that has no link with women’s abuse and rape. The style of clothing has changed over the decades. In primitive times there were animal skins and tree bark and now there are various types of clothing. Nowadays women wear many types of clothes based on country, culture, social system, work style, occasion, choice, and fashion. Women wear their favorite clothes for many reasons such as temperature, humidity, endurance, and aesthetics. This does not mean that wearing skimpy clothing is enough to incite a bully. Do women’s faces, exposed skin attract male rapists for sexual harassment? One might think so, but criminology does not say so. Rape and violence against women are the results of an oppressor’s demonic power and self-indulgence. That’s why a rapist can’t leave a woman from a 6-month-old baby to a 99-year-old woman, from a woman in a western dress or religious Afghani style. Testosterone is the sex drive hormone in men. Research has shown that almost all rapists have lower levels of testosterone than they need. They are rather disappointed with their sex life, which may be called not properly sexually enabled. So no one commits rape out of any sexual desire or instigation. A 2/4 minute forced intercourse can hardly be called sexual activity anyway, sex depends more on mental than physical preparation.

Showing one’s body is not an invitation to the rapist, regardless of whether someone wears a hijab or not, victim blaming for rape is a very bad practice. In most rape cases in India, the victim was wearing a salwar kameez or saree (traditional long cloth). That is, what is called the ideal dress of Indian women, they wore such clothes. It is proved from this survey that women are being molested even without showing their bodies or wearing so-called ‘modern’ clothes. Sadistic rapists do not rape for sexual pleasure. He rapes to torture the victim. He enjoys the victim’s suffering/pain/humiliation. Such rapists mostly kill their victims after raping them or get pleasure from inflicting extreme pains like cigarette butts or amputating hands, feet, breasts, and vaginas. However, the number of such sadistic rapists is only 4 or 5 percent of the total number of rapists in the world. In general, people think that rapists are only sadistic rapists because these types of rapists are shown more often in horror movies or revenge movies. In a patriarchal society, this is an idea of ​​many.

Violence against women is considered by many to be a tool for controlling women where clothing is not an issue. Women are being sexually harassed by men in the street, in offices, or in any public place, especially in a patriarchal society, men are using rape as a weapon to claim women.  It does not matter whether a woman has freedom of dress or is forced to wear a particular dress or whether she is wearing that particular dress. Most – about 75% of rapists are of the Power Reassurance type. They suffer from insecurity about their masculinity. In most cases they are socially awkward, lack of charming personality, or any other reason they are not popular among friends. Maybe even in school when he was a child, her classmates used to make fun of him. All in all, he is an insecure, looser, and self-confident person. He feels that he is not attractive and impressive enough to women, he is a little angry with all the women in the world and a little disappointed with himself because women do not like him, he suspects that “I may not be man enough to conquer women that I deserve”. He can not accept this harsh reality again. In the tyranny of this contrary passion, he burns himself with himself. He suffers from two illusions. Out of uncertainty/insecurity about his masculinity, he wants to assert his masculinity by raping any woman, proving himself to be super duper, masculine and brilliant. To whom does he pretend this masculinity? to himself He wants to reassure himself. This is why this type of rapist is called power reassurance. Almost invariably, such rapists attack relatively vulnerable victims such as housemaids, factory workers, vulnerable pedestrians, disabled women, tenants of own houses, office subordinates, wives of expatriates, own students, beggars or floating women, and young children or vulnerable victims. The number of rapists of this species is about 75% of the total rapists. Their victuals are usually known in advance.

Girls are more victims of torture and rape by acquaintances. In 2013, India’s National Crime Bureau reported that 98 out of 100 women who were raped that year were raped by someone they knew. The cases that come up in court, or the events that come to light in the media, are mostly in the hands of outsiders As a result, the matter of rape by an acquaintance was covered up not just in countries like India or Bangladesh; Even in many countries like Europe, America, many girls are raped by relatives, friends, office colleagues which are usually not reported to the police. They are usually Power Assertive Rapists. They rape to make themselves feel powerful. The worst and easiest way to feel powerful is to insult others. For them, part of filling this power is to rape. They rape because that’s how they feel that they are powerful, that they can rape or do whatever they want to. In their behavior, there is an extra king-like feeling, there is a tendency to show extra superman, and there is a tendency to show oneself as a macho guy or a tough guy among them. Often they move into gangs. However, they are insecure inside, so they try to look over-powerful. Many men of this breed will shake hands harder than necessary even when shaking hands with friends; when patting a friend’s back saying, “How are you, friend?”, they will pat them louder than others. They are usually bully-type in school, college or university. However, their number is not more than 10 percent.

Women’s torture and rape are forms of entertainment for many, in which case women’s clothing does not play a role. Rape cases are on the rise in India’s Uttar Pradesh Police cited the influence of western culture on women, girls’ use of mobile phones, and wearing short dresses as reasons, the police, who have completely failed to provide security to women, say men there are making up for their lack of entertainment by raping. Sadly, many police and even some university authorities think so in Bangladesh. That’s why they put various restrictions on the movement of lonely girls at night, on deserted streets. Many educational institutions even encourage and guide the wearing of the hijab. Even after that, the number of cases of violence against women and rape could not be reduced. This is evident in all statistics. A 2013 survey found that one in four men in Asia Pacific countries had raped a woman at least once in their lifetime. Most of these men did not face any legal trouble.

Prenatal sex determination in Bangladesh, and India, is very common, although it is illegal As a result, the number of girls who see the light of the world is so low that the ratio of women and men in society is manipulated. Besides child marriage, and motherhood at a young age, women are also dying while giving birth Sexual violence and rape also occur within the family So far, no peer-reviewed research has been able to prove that women are victims of abuse and rape because of their clothing. But unfortunately, it is true that many people in Bangladesh still think this way, still, their deep-rooted belief is that scantily clad girls encourage sexual harassment. They do not want to accept the fact that even with the wide spread of hijab, violence and rape of women have not decreased. Instead, they blame the victim and speak in favor of the rapist and rapist. But there is hope that there are protests from different levels of society, and the feeling that clothes are not the cause of women’s torture and rape has started to spread in the society of Bangladesh. Many are saying these words despite being threatened with torture and death. One day maybe women will be freed from torture and rape. 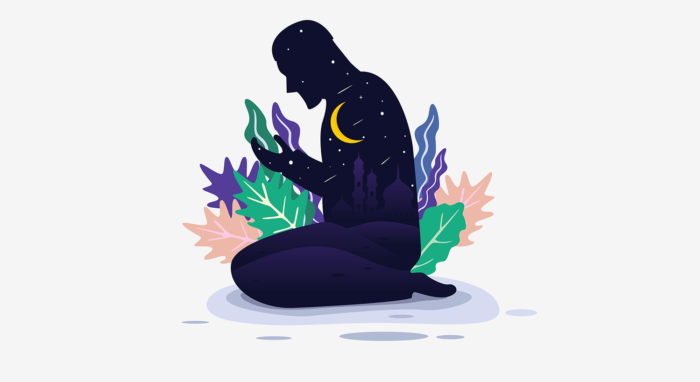